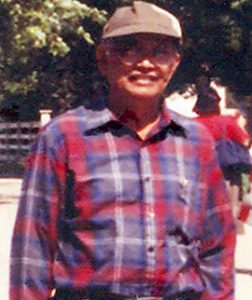 In his presidential address he sail ‘The objective of the conference is to focus attention on industrial applications of gums and mucilages from plants of Indian origin and also to bring together carbohydrate scientists and technologists for exchange of information………’. His inspirations and blessings have helped us to fulfill his dreams through various activities of the Association and by doing so we pay our tribute to this great soul.

After completing his M.Sc. in chemistry from Lucknow University in 1947, he joined University of Minnesota/Minneapolis, St. Paul USA for Ph.D. After he received his Ph.D. degree in 1957, he worked as a post-doctoral fellow at National Research Council, Ottawa from 1958-60. In 1960, he joined ATIRA from where he retired in 1988 as the Senior Deputy Director and Head of the Chemistry and Chemical Technology Division. He returned as an Emeritus Scientist, CSIR in 1989 and remained actively associated with carbohydrate chemistry.

Dr. Srivastava was well known in the scientific community. His kind and informal personality, knowledge, well considered arguments, brought international recognition, not only to himself, but also to Indian carbohydrate chemists in general. Twenty-nine students got their Ph. D. degree under his guidance. He published 150 papers in Indian and International Journals besides chapters in several books and monographs. He was also the co-author of the book called ‘Structural polysaccharide Chemistry’. He was a fellow of the Royal Society of Chemistry & Chartered Chemistry, UK and fellow of the Gujarat Science Academy. Besides these, he was honoured by several awards.

Such an erudite, warm and charming personality passed away on 10th February, 1995, in Kanpur.

Upcoming Events
CARBO-XXXVI: Emerging trends in Glycochemistry, Glycobiology and Technology
to be held on December 05-07, 2022